Hundreds of feet below the airship, the last Slayer’s lantern signal crackled and went silent. Bosun Heller scowled as he marked the extraction point. These were the moments in which he felt truly useful.

Maybe he couldn’t still heft his blade, or squeeze into his Emberplate, but the bosun’s usefulness was not yet at an end. If he couldn’t stand beside those who fought for the Isles, then he would watch over them. And if those Slayers failed – as they had today – he could ensure that it was not their final hunt. If he raced against the clock he could still bring them home alive.

The clouds split and scattered as the airship descended, spilling light onto the island below. On deck, the bosun’s lantern pulsed. The Slayers were near.

It wasn’t too late to be a hero.

THE SHAPE OF DANGER

See that triangle? The one with a slowly-rising percentage stamped on it? That is your Danger Meter. It lets you know how close you and your team are to getting permanently stomped into an island’s landscape.

Today, we’ll teach you how to read it.

If you don’t care about specifics, then write this on a sticky note and paste it near your monitor: 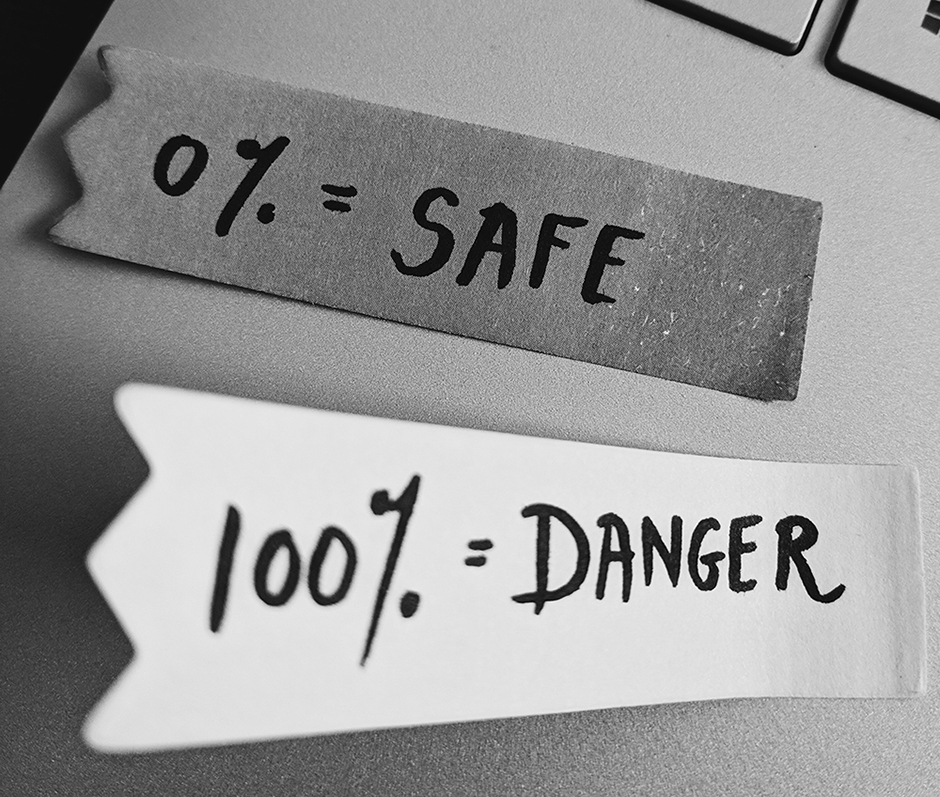 Is the percentage low? Good job! Is it high and rising? You’re in danger! It is 100%? Start thinking about who you want to sign your full-body cast!

The Danger Meter will rise. There’s no way around it. Even if you duck the Behemoth and spend your field trip picking herbs, you’ll see that percentage slowly climb towards one hundred. Why? Because you’re on an island with an aether-devouring, human-killing beast. It is – by definition – unsafe.

Time isn’t the only contributor to your danger level. You will also cause your percentage to rise by:

In summary: Dangerous things cause your danger level to rise. Plan accordingly.

How do you bring your danger level down? While the best strategy is to keep it from rising in the first place, there are a couple of ways to pull back from the brink.

WHAT HAPPENS AT ONE HUNDRED?

Leave a few bodies on the battlefield, bring a training sword to a Shrowd fight, or otherwise fail to impress your friends, and you will eventually see your Danger Meter hit 100%. This is very bad. Here’s what happens at maximum danger:

Fortunately, 100% danger is not (necessarily) the end. If you kill the Behemoth before it trainwrecks you – or even just cause it to flee from battle – you can pull your percentage back down from the max. Just be sure to get those revives in before it climbs back up again.

Now that you know how the Danger Meter works, will you be adjusting the way you play? Post your sticky note strategies and your Dauntless screenname to Twitter with #DauntlessDangerMode.