Arkan Drew saw the slayer sprinting toward him, wide-eyed and breathless. She shoved the core into his hands before he had even finished saying hello. He was startled for a moment, but soon realized why she was so excited.

The core was buzzing with energy. Whatever it had soaked up on the frontier after her last hunt was something truly special. Something rare and exotic was all but guaranteed — and Drew suspected it would be just what the weaponsmith needed to forge the slayer a new blade.

“Well,” laughed the aethersmith, “what are we waiting for? Let’s get this open!” 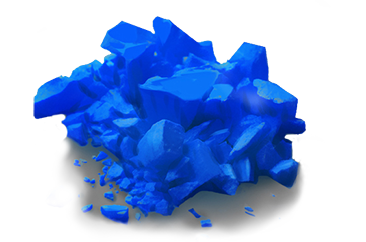 It’s the bitter irony of the Shattered Isles that aether, the very thing keeping the islands afloat, also gives rise to the behemoths. It’s your charge as a slayer to harness aether and use it to slay the behemoths threatening our world. And from these humble beginnings, you’ll build a deadly arsenal using the power of the behemoths themselves. The smiths of Ramsgate are famous for using parts from behemoths when creating weapons and armour. Giant fangs, hard scales, thick fur, and more are all incorporated into their craft. Slayers looking to gather these materials target specific areas of behemoths during the hunt.

Severing tails, cracking horns, and chipping armour plates are just a few of the techniques slayers have honed over the years.

But you’ll need more than just behemoth parts to become a legend. When slain, a behemoth will immediately begin to return to a state of pure aether. Slayers looking to harness this power can capture this essence in a core so that it can be transported back to Ramsgate.That’s where the aethersmith comes in.

If anyone is close to understanding the mysterious ways of aether, it’s Ramsgate’s oldest resident, the aethersmith Arkan Drew. He’s forgotten more about aether than most slayers will ever know. There are even rumours his longevity is the result of prolonged exposure to the substance.

Arkan’s role as an aethersmith is to distill aether into a usable and concentrated form called archonite. Archonite captures the behemoths’ elemental power, but it also retains the deeper nature of a behemoth; rage, savagery, cunning, brutality, and other vital forces.

Any equipment forged with archonite will inherit the behemoth’s power sealed within. A sword forged with frost archonite from a Pangar could empower attacks with ice damage. Chain blades crafted with blaze archonite from an Embermane could dole out deadly fire attacks. And when it comes time to upgrade these weapons, you’ll need not only more elemental archonite, but perhaps the Brutal archonite distilled from a Drask and the Cunning of a Shrike.

The smiths at Ramsgate are equally creative and resourceful, so expect them to put your behemoth parts, archonite, and the other materials you gather to good use. And while the specific contents of a core will always be in the hands of fate, slayers will have the opportunity to purchase temporary boosts which will impact the quantity of the materials that they gather from a hunt. It’s a great way to get a bit more out of each trip to the aethersmith.

Slayers looking to get more from every hunt will have the option to purchase temporary boosts in the Dauntless in-game store. These boosts are enabled when purchased and last a predetermined length of time. There will be two tiers of boosts available to slayers: Champion status and Patron status.

When you activate Champion status, you will receive more materials when you slay a behemoth. This is a great way to make your hunts go further.

When you activate Patron status, everyone in your party (regardless of their status) will receive more materials when you slay a behemoth. Additionally, this perk stacks so that the more slayers in your party who have Patron status, the greater the effect. This is the perfect perk for slayers who plan to roll with a group of friends.

Enabling Patron status will give you a chance to discover cosmetic items dropped by behemoths. As discussed in our previous blog post, dyes and other materials are usually only found in Chroma Cores. But with Patron status, there will be a small chance that cosmetic items will drop when you slay a behemoth.

Ultimately, Dauntless is about forging a legend. This means that if you see someone wearing stunning armour or wielding a deadly weapon, they earned it. It means they have the skills and knowledge required to slay their way to the top.

If you don’t slay a behemoth, you’re going back to Ramsgate empty handed. Any boost that we offer for sale will never undermine the skill that it takes to become a master slayer.

As with all things in Dauntless, your feedback is important to us. During Alpha, Beta, and beyond we will be balancing these boosts to ensure that they are enjoyable for everyone playing the game.

In the world of the Shattered Isles, legends are written in victory, aether, and skill. We know that you’ve got what it takes, slayer. If you have questions or feedback, let us know in the forums!