“At least a dozen. Maybe more.”

“You’re telling me, Goat, that you personally — alone — you have slain a dozen Drasks,” said Rasch, balking at his towering companion.

Goat knocked back a pint of Ramsbrew with a single swallow, “Probably more. I don’t count them.”

“Oh, I’m just sure you have,” said Rasch, crossing his arms with a grimace.

“Her. Over there. She was with me for at least three of them,” Goat pointed at another Slayer who was easing her contusions with a stiff drink, “Saved her from getting blasted, too.”

“Of course! Exterminating the entire Drask population while saving everyone in the bar, huh? Or have you only snatched half of them from the jaws of death?”

Goat stared back over his shoulder, making a slow tally of the bar’s rough patrons. Rasch fumed and drank.

“Nope. Probably only about one out of every… five or so.”

Rasch choked on a mouthful of beer, launching into a fit of coughs and curses.

Goat clapped his friend on the back to help him, “I guess make that two out of five.”

The Dauntless Open Beta has exceeded all of our expectations. From the number of Slayers that have arrived to forge their legends, to their determination to stand against the Behemoth onslaught, to the unique creations that Dauntless players are creating — we’re blown away.

These numbers speak for themselves, so we’ll leave you to it. Suffice to say, thank you for being here and for your dedication. Here’s to the next million Slayers in Ramsgate. 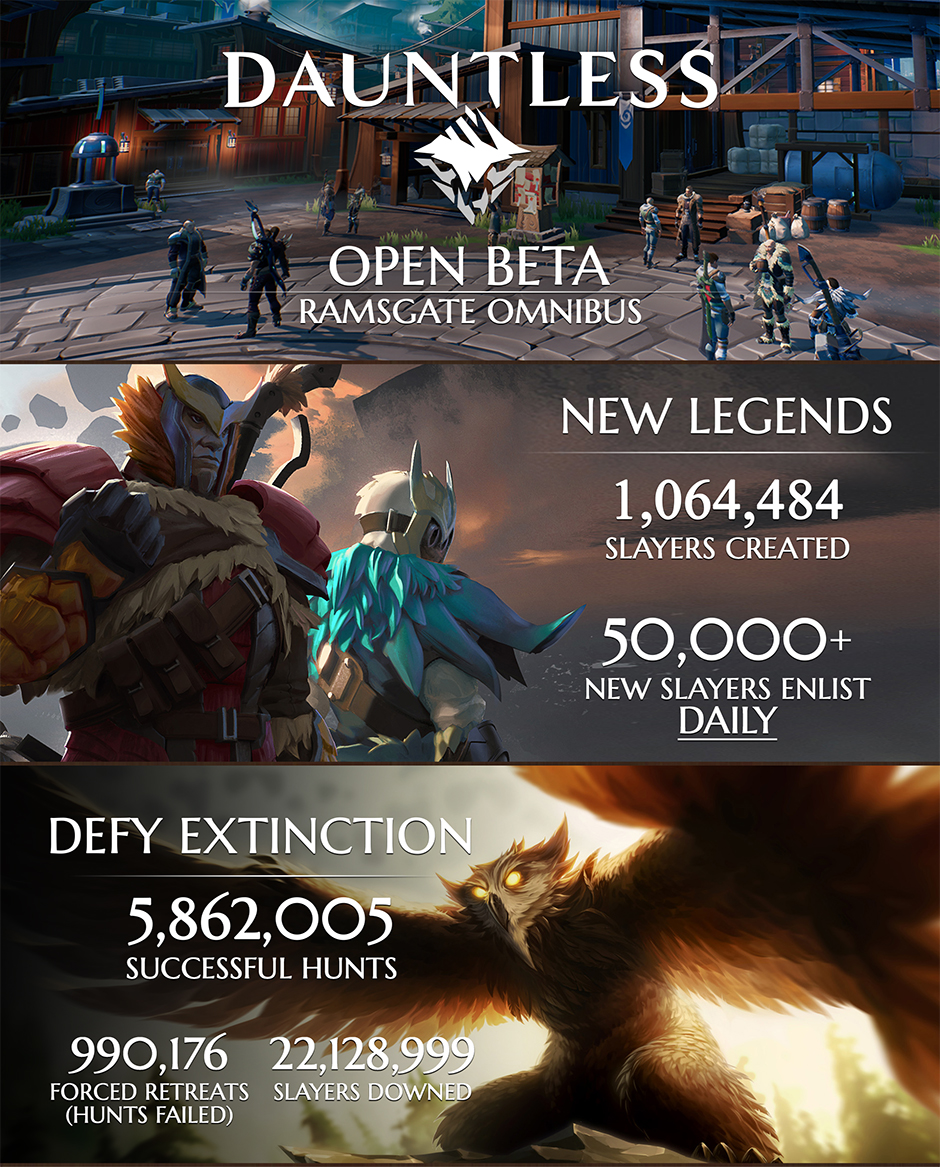