Gaius Copperwheel had charted a vessel to take him toward the frontier, a few kilometres shy of the Monstrous Verge. He had it on good authority that a particularly nasty Moonreaver was wreaking havoc on a small archipelago and had knocked the islands off their expected trajectories. It was, for a cartographer of his stature, an opportunity too valuable and rare to pass up: erratic trajectories brought on by Behemoth-induced aetheric interference.

The islands were drifting wildly through the sky when they arrived. Completely destabilized, a mountainous chunk of land slowly yawed and spun through the sky. Trees, boulders, and rivers cascaded violently outward in all directions, no longer held in balance. The land mass careened through the sky and collided with full force into another island. Gouts of red-hot blaze aether exploded into the sky.

Gaius’ astonishment gave way to horror as he realized they were headed straight toward the catastrophe. The ship’s bosun shouted that they were being drawn in by some kind of torrential fluctuation, and the captain fought the wheel as her instruments whirred and spun frantically.

The airship listed hard to port as her hull raked the craggy peak of the island below. The crack of splintering cedar planks sent a terrified chill up Gaius’ spine – every muscle in his body clenched with uncertainty – and he choked back nausea as the world spun and shifted.

For a moment, the captain regained a modicum of control and the ship levelled out as they approached a small island. And then a salvo of blue quills the size of small tree trunks shattered the glass and impaled the captain where she stood. She slumped lifeless over the wheel and the ship lurched into a sickening downward spiral.

The cartographer shut his eyes tight and held on for dear life.

In our Open Beta Announcement, Slayers learned that there would be two resets leading up to the Open Beta launch on May 24th. These resets correspond with major changes coming to Dauntless in both the May 2nd and May 24th patches.

Each reset the progress and inventories of all Slayers. However, they will not impact cosmetic items (unless otherwise noted), including purchased cosmetics and items earned through events like Frostfall and Dark Harvest. Please contact us directly at support.playdauntless.com if you believe that you are missing any items after the reset.

In our May 2nd patch, Seeking the Horizon, we will be introducing an all-new progression system and a fearsome new region. Slayers who jump in on May 2nd and play through the progression will get their first look at the Dauntless Evergame. On May 24th, a second patch (preceded by a second reset) will further refine the Evergame.

Want to know more about Open Beta? Our first Dev Livestream has the details in full, but for the short-on-time crowd: expect lots of improvements, new Exotic weapons and armour, more Dire Behemoths, and revisions to our Seeking the Horizon content. We’ll have even more info available in the coming weeks, so be sure to check back!

To show our thanks for all of the feedback and experiences that Slayers have shared with us, we’ll be including a special gift for anyone who has played at any time during the Closed Beta: an exclusive banner sigil! 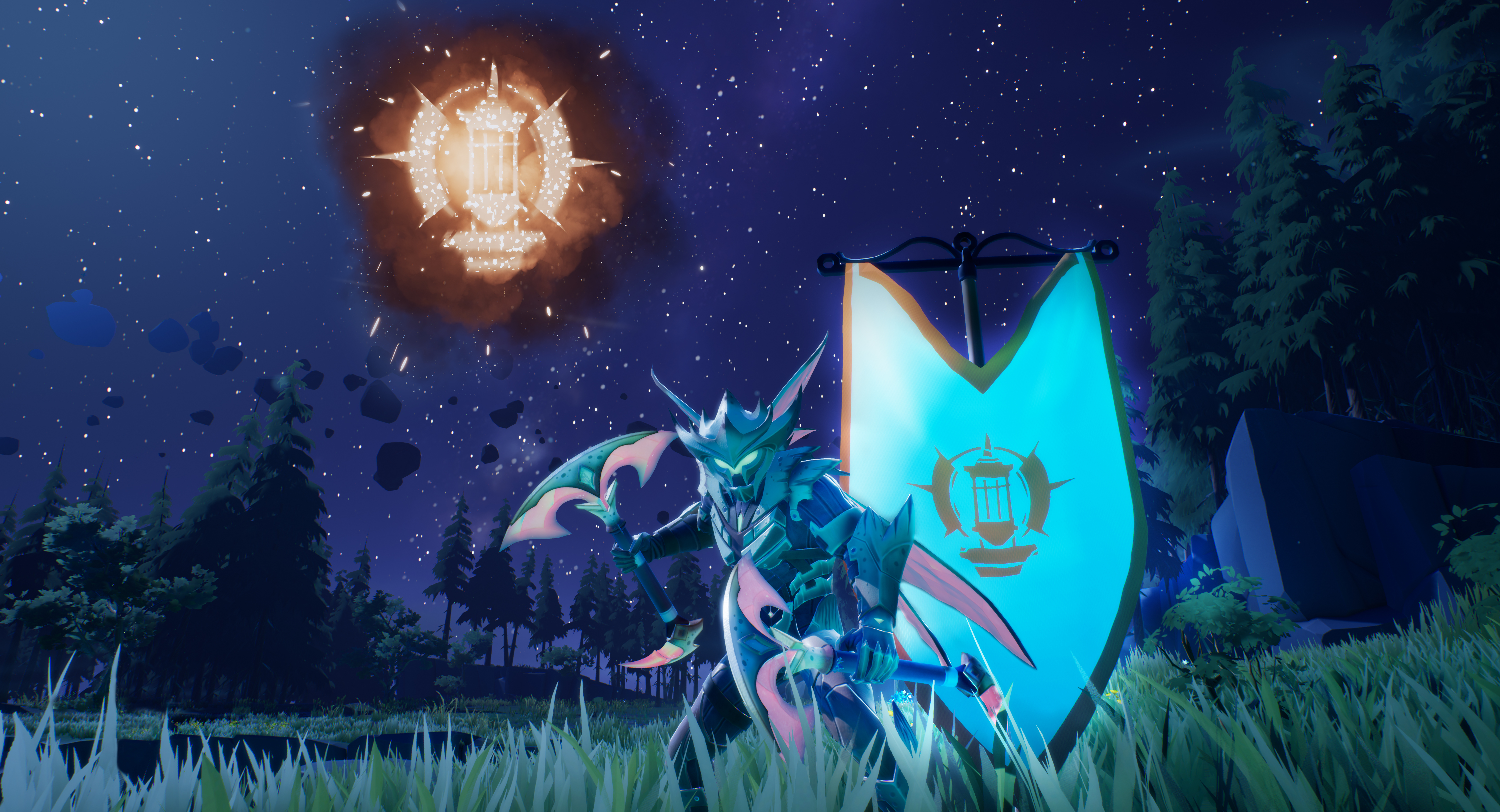 For dedicated Slayers who are excited to share their feedback on the new Evergame content, there is an additional reward as well. Push back the Behemoth onslaught and fight through to the Maelstrom zone between May 2nd and May 22nd to add a brand-new flare to your collection!

We could not have made it to this point without the support of the Dauntless Founders. To thank those who took the ultimate leap of faith and backed our game to the extreme, we will be adding an additional cosmetic armour set to the list of rewards for the top-tier (aka Founder-tier) Founder’s Pack. This reward is also available to any Slayer who purchases or upgrades to the Founder-tier before May 22nd.

All of these rewards will be distributed on May 24th as we go into Open Beta. We look forward to seeing you all in your “I was there!” finery.

Some of our early Closed Beta flares and dyes will be leaving Dauntless with our May 2nd reset. Major changes to account inventories and underlying systems have made it impossible to bring them forward into Open Beta. As compensation for these items’ removal, we will be granting bonus platinum to affected Slayers.

The Dauntless community has been nothing short of amazing, and we would not be where we are today without inspiring Slayers like you. From all of us here at Phoenix Labs, thank you for your continued feedback and support.