The Maelstrom continues to elude thorough study. Only one island in the entire formation – if such a word can even be applied here – seems to exist in a stable position. The others drift in long, arcing paths, disappearing into the central storm for weeks or even months at a time.

Island investigations have been further complicated by the presence of unusually strong and previously-unknown Behemoths. Though veteran Slayers are always dispatched alongside aether researchers, full-team extractions are not uncommon.

There is currently one fixed island in the Maelstrom: Dyadic Drift. This is where you’ll find Shrowd and Rezakiri waiting to punch holes in your fancy new armour. Approach with caution, but approach as often as you like – this island isn’t going anywhere. 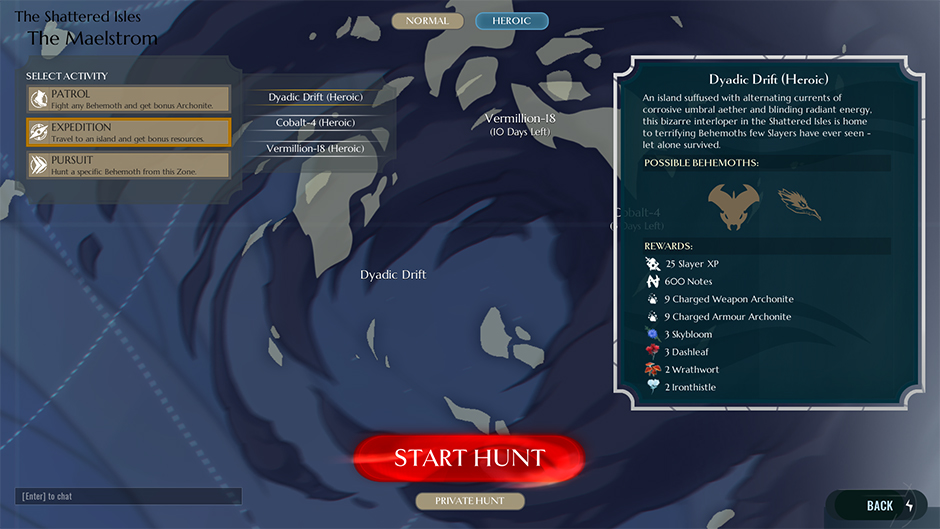 Beside the Dyadic Drift, you’ll see two additional islands on your map. These are our rogue islands – land masses that rotate through the visible range of the Maelstrom. Every week, one of these rotating islands will leave the map and a new one will take its place.

In the image below, you’ll see that our two rotating islands are Vermillion-18 and Cobalt-4. 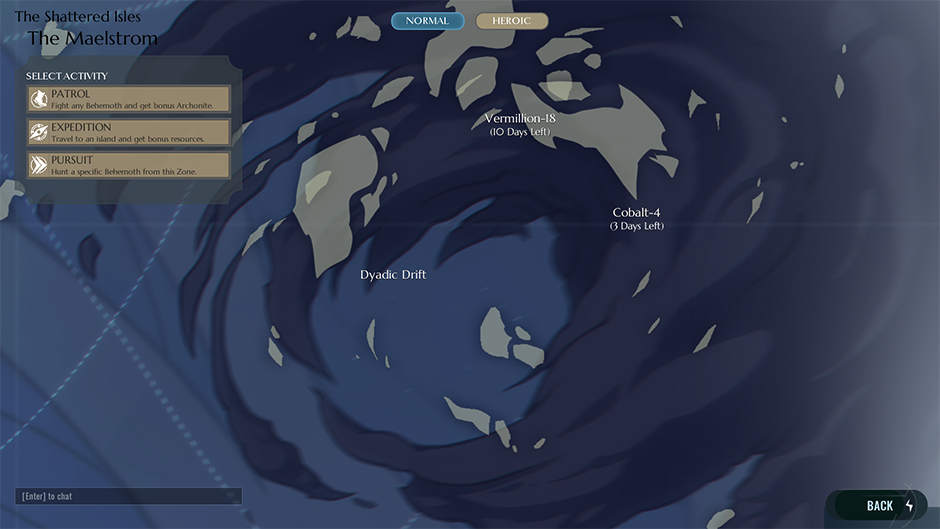 If you take an even closer look, you’ll notice a timer attached to each of those islands. In this instance, Vermillion-18 has 10 days left and Cobalt-4 has three days left. That means that in three days, Cobalt-4 will disappear from the map and a new island will take its place. This schedule of rotation gives you two weeks to hunt on each island.

Rotating islands aren’t just there to change up the scenery. With each new island that shifts into range, you’ll discover a new Behemoth or two waiting to test your skills. The Bloodfire Embermane, for example, appears exclusively on Vermillion-18. Once Vermillion-18 rotates off the map, you’ll need to wait for it to reappear before challenging that beast again. 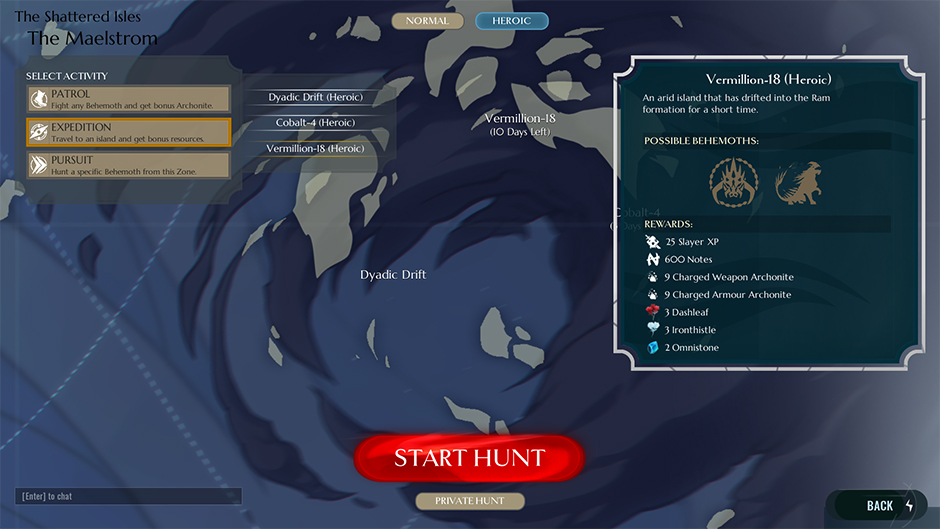 The in-game map and its island timers aren’t the only way to keep an eye on the Maelstrom. You can also follow @playdauntless on Twitter for weekly updates on island rotations. We’ll let you know which new islands are moving in – and which are on their way out – so you can start planning your next hunt right away.

As to looking beyond next week … well. Arkan Drew is good, but he’s not there just yet.