“Adjust your tracking three-point-two-four, ensign. North seventeen-point-five degrees, locked. Do you see it now?” the voice from the combat lantern crackled. Admiral Zai’s impatience was palpable.

“Yes sir,” the new graduate replied. “Tracking now.” Fresh from the Ostian Naval Academy, Ensign Tember Killion spoke with more certainty than she actually felt. She thought she saw the burrowing Behemoth feeding on aether-rich ground around a new vent. But the dazzling late afternoon sun made it difficult to focus on which pile of rocks in the distance was a Skarn. So she dropped her visor into place and trusted her instincts, just as she’d been taught.

Drawing an expertly crafted sword that bore the bright pink colours of Defiance Squad, the Zephyr Strike’s latest recruit coordinated the rest of her team with hand signals until each was in place. Ensign Rury Shoff, the hammer specialist, stood ready to launch from a rocky outcrop to her right. Lieutenant Davod Grimm, who had handed over his command to her for this hunt, was positioned to unleash hell on the Skarn with the gleaming repeaters dubbed the Twin Suns. And Indrae Lim’s axe glittered bright pink as it caught the setting sun.

Still the Skarn hadn’t moved. Had her instincts been wrong? “Come on, you lazy pile of rocks,” she muttered. “We’ve got a score to settle.”

“What was that, ensign?” the admiral asked over her lantern. She’d left her transmit signal on. Might as well roll with it, she reasoned.

“Just a little motivational speaking sir,” she replied, then had to choke back a shout of victory as the rockpile before her finally started to shudder to life. The Skarn extracted itself from the earth of the island with a mighty roar, tossing rock and soil into the sky. The crackling tang of charged terra aether filled the air. “I’d say we’ll save you a piece, admiral, but then I wouldn’t be doing my job. Zephyr Lead out.”

PUTTING THE “Z” IN TEAM

Admiral Zai, the former commander of an Ostian fleet that fell prey to storms and Behemoth attacks, has settled in Ramsgate for the long term. There he works to arm Slayers with grenades and Ostian firepower. So far he has been able to maintain his command remotely from the city of Ramsgate, where he feels he is most needed in the fight for humanity, but has felt compelled to help rebuild the Ostian Navy’s forces since the Skyquake decimated them. Though he has left trusted commanders to handle the day-to-day training of new cadets at the rebuilt Ostian Naval Academy in Ostigaard, he is instead focusing his efforts on the best of those graduates by forming the new team of elite fighters known as Zephyr Strike. And he has brought these young Slayers to Ramsgate to hone their craft.

Zephyr Strike’s Slayers are trained in manipulating neutral aether to great effect in combat. So far, they’ve done their best to police the skyways and help watch for another catastrophe, but have limited experience against Behemoths.

That said, many of them have a great deal of innate talent — verging on prodigious. Using Ostian techniques that manipulate the fundamental forces of neutral aether, they can manipulate winds to help guide airships, defend against Behemoths in combat, and even have some basic control over fundamental forces such as gravity. Team Zephyr Strike are the young vanguard of a new kind of Ostian Slayer — one that uses advances in aetheric technology side-by-side with highly developed Ostian industrial and metal-forging techniques. Although Kat Sorrel has done her best to convince Zai to share these powerful new methods with her own trainees, he has so far chosen to keep these secrets close to the vest. “Better to maintain military discipline,” he says — but Kat also suspects he relishes having a slice of the city and a force of Slayers who are not beholden to the legendary Sorrel of Ramsgate.

Like Kat Sorrell, the admiral finds that the Trials of Lady Luck provide excellent training for his Slayers. But a bit of healthy rivalry doesn’t hurt, either. Since Zephyr Strike has grown exponentially in only a few months, Zai has further divided the team into smaller squads that can train for different tactical situations. Two of these elite units — Defiance Squad and Endurance Squad — are in a heated competition to slay the most Behemoths within a set period of time. The winners of this “faction fight” will earn the acclaim of Ramsgate’s citizens forever — or, at least, until the next such competition seizes the city’s imagination.

The Slayers of Zephyr Strike are here to make their mark on Ramsgate and the Shattered Isles. But even if they’re not ready to share their aether-bending secrets with more traditional Slayers, Kat has convinced the admiral to share the team’s armour and weapon schematics more widely. Already Ramsgate’s Slayers are adorning themselves in Defiance and Endurance gear to show their support for one or the other. And those who don’t want to choose tend to adorn themselves with the golden gear favoured by Vigilance Squad, who have chosen to stay out of the factional fray for now.

Whichever squad Slayers support, most agree that Zephyr Strike is a welcome addition to Ramsgate’s fighting strength. Despite the havoc wreaked by recent sky disasters, the most resilient city in the Shattered Isles has emerged stronger and more vibrant than ever. And as long as new Slayers keep joining the fight, it’s going to stay that way. 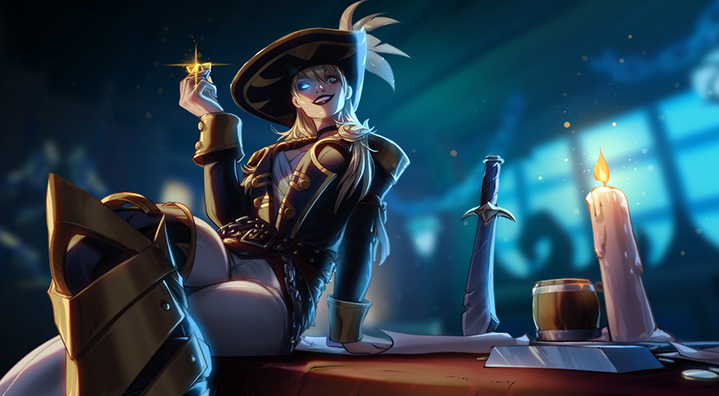 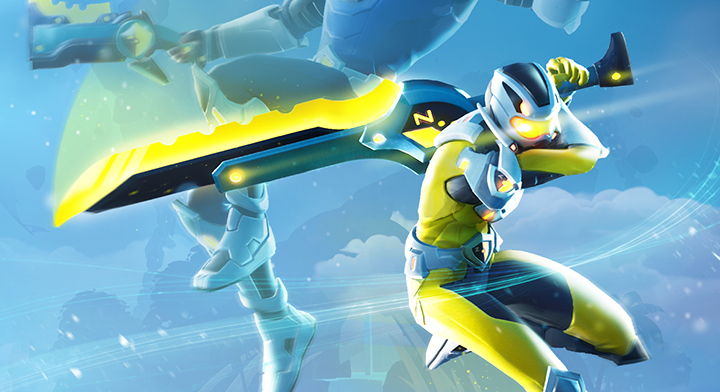