After tracking the readings for more than a week, we discovered the source of the signals that sent the aetherometers into a tizzy. What we’d thought must be a cluster of islands magnifying the readings turned out to be just one. A tiny one at that, but wrapped around a core of what had to be the most concentrated archonite any man jack of us had ever seen.

It was fortunate the captain chose to send along a few of those Crimson Blades mercenaries with the landing party. She may go by Lady Luck, but our captain knows the best kind of fortune is the one you make yourself, and she wasn’t taking any chances. And so we were ready for the beast when it emerged. Emerged from where, I still cannot say. One minute the landing zone was clear, the next we found ourselves face-to-face with an incarnation of uncanny death I’d only read about in the stories: a Shrowd.

The mercs scoffed. They’d faced many a Shrowd, they claimed. But then that winged nightmare screeched its hellish roar and unleashed a blast of aether that no one expected. The first one went down wailing while the other mercs reassessed the situation. They readied themselves for another wave of force and the expected umbral horrors of the Shrowd, and began to rally.

Then the beast followed up with a wall of blaze that scorched the entire LZ and left at least two of those Crimson Blades with crimson scars to match. I think that was when the captain really started to understand what she had in this island. And what it would take to tame it.

— from the Personal Log of Jamett Wooster, First Mate of the Fortunate Soul

The infamous Stormchaser corsairs arrive in Ramsgate with the Island of Trials in tow, challenging Slayers to hunt and defeat Behemoths on a unique battleground that will determine who is the greatest among them. The Slayer mentor in charge of the city’s efforts against the Behemoth threat, Kat Sorrel, sees an opportunity to train Slayers close to home, while Admiral Zai sees a former nemesis — the “Corsair Queen” known as Lady Luck — attempting to leave piracy behind and go legit. Perhaps they’re both right.

THEY CALL HER LADY LUCK

Lady Luck is the captain of the corsair ship Fortunate Soul and the master of ceremonies for the Island of Trials. She’s here to summon Slayers to the fight, challenge them to be the best they can be, and make a tidy profit by taking her cut. Lady Luck is fearless, bold, charismatic, a little theatrical, and very much a classic scoundrel — albeit one willing to help the powerless and innocent when they’re in a jam. But her archonite eye and the difficulty of her Trials are very real.

Once a talented corsair waging a successful campaign of piracy on the shipping lanes of Ostia — and becoming a persistent thorn in the side of Admiral Zai — her status and goals changed overnight when the Skyquake struck. This cataclysmic event shook the Shattered Isles to their core and struck many of the floating islands near and within the Maelstrom, wrecking a great many ships of the Ostian Navy while revealing new, rich sources of archonite within the literally shattered islands. But it also left thousands of people stranded, shipwrecked, or worse.

Even Admiral Zai had to grudgingly admit that Lady Luck might just have a heart of gold.

Despite the danger to her ship — especially considering she and her crew were wanted for archonite piracy — the Fortunate Soul and her support vessels launched a rescue and recovery operation that saved hundreds of Ostians and outlanders alike. Even Admiral Zai had to grudgingly admit Lady Luck might just have a heart of gold. Soon Lady Luck was not merely a legendary romantic rogue to the civilian population, but a true folk hero who helped keep the island state of Ostia intact — even if she did “liberate” archonite and other treasures from the ships she rescued.

Things changed even more drastically for Lady Luck and her corsair crew when they found and captured what would later become the Island of Trials. A small landmass the Corsairs discovered amid the chaos of the Skyquake and the Maelstrom’s expansion, the island contains a highly concentrated core of archonite that attracts Behemoths — and according to some witnesses, actually creates them. The corsairs discovered it first and intended to make off with as much of the concentrated archonite as possible, then discovered that Behemoths kept appearing from within the island itself — so Lady Luck had a clever idea. If her small fleet of airships could take the island under tow, it might become a mobile battleground for true Slayer competition in the Shattered Isles. And if a city didn’t want her Island of Trials parked on their doorstep, they could always pay the lady to depart.

Leave it to Ramsgate to be the city that actually wants Lady Luck to stay. Treating the ominous danger as an opportunity, the Slayers of Ramsgate have stepped up to the challenge and are fighting to become the best of the best in the Trials. Even Admiral Zai, her old rival, sees the value in keeping the Trials close to the city — both to train new Slayers and to keep one eye on the corsair queen, just to be safe.

And as long as the Trials remain profitable (and she keeps making some informed bets with the local bookmakers) Lady Luck will be happy to oblige them … even as she keeps her secrets close to the vest. 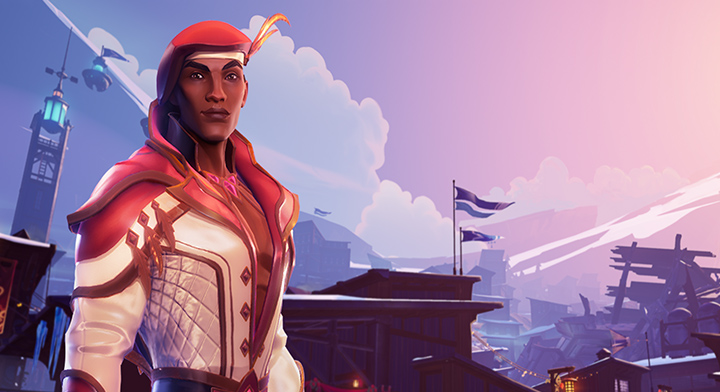 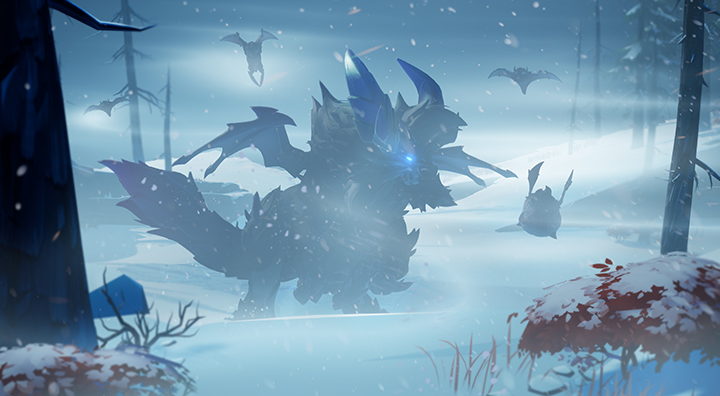