We were hunting a particularly clever Skraev on an outer arm of the Maelstrom when we saw the flying things. You could see right away they weren’t ordinary beasts, but something more akin to Behemoths. Now, you know me. I’m not the type to attack wildlife without reason. Yet as soon as I saw those strange flyers I knew they were going to be trouble.

While Jaer, Gurindi, and Zevoon went ahead to catch up with the Skraev, I peeled off to deal with these little monsters. They looked lost. Almost felt sorry for them, truth be told. That lasted until one of them hit me with a frozen spitball that almost knocked me off the island. Good thing I bounce back quick, or the beasts might’ve ended me. As it was, I managed to drive them off without too many more nicks and bruises.

After we deal with this Skraev I think the team should track these flying critters back to their source. See where they came from. And see if they have bigger friends.

– From the Field Journal of Slayer Branten Kupor, recovered from his frozen remains

The Orrery has records of the Boreus that date from a century ago. I’ve seen those records, and the disbelieving notes my predecessors scribbled all over them. “Impossible,” they called it. “A hoax.” “Clearly the delusions of Slayers who spent too much time in the sky.” As if aether cannot make anything possible. Even a giant horned beast that can control flying minions with only its mind. One thing is indisputable: The Orrery believed this Behemoth to be long extinct. Clearly they were mistaken.

Z – Brought you a few gifts. Three, each one different. A spitter. A stalker. A bomber. Haven’t seen anything this strange before, and I know you like strange things. At least I think so. Look, maybe you can do something with them. Maybe not. Whatever. Write back or don’t, Hammer Boy. You’re not so cool. Maybe. –X

– Handwritten note discovered on the floor of the Bormen smithy

THE MAESTRO OF MAYHEM

From the heart of the Maelstrom comes the mighty Boreus, a frost-powered Behemoth with the ability to control flying minions. These smaller flying beasts both protect the Boreus from harm and do its psionic bidding. The sudden emergence of the Boreus – once thought only a legend – is widely seen as another sign that the Behemoth threat has grown more ominous than ever.

The Boreus is best thought of as not a single Behemoth, but as a whole host of creatures. As such, Slayers who hunt this Behemoth will need to employ new tactics and strategies to secure a kill. Each of the Boreus’ minions can fly – in fact, Dr. Priyani believes this is why they were first encountered scattered across the Shattered Isles, long before the Boreus itself was spotted – and each one specializes in a different form of aggression. These minions are psionically connected to their master, which means Slayers cannot simply ignore them.

Slayers have given the minions of the Boreus descriptive nicknames to easily tell them apart.

Stalkers are lean, toothy creatures that prefer to surround Slayers and jab at them with their razor-sharp legs. They can be easily distinguished by their long, blade-like limbs, and are slightly smaller than other minions.

The aptly nicknamed spitters prefer to strike from range, lobbing cold, frost-charged projectiles from their mouths. These icy spitballs can inflict a surprising amount of harm on unsuspecting Slayers.

Perhaps the most dramatic of the Boreus’ minions are the bombers – self-destructive creatures that can prime their bodies with an explosive aether charge. Bombers sacrifice themselves to blast the Boreus’ foes, sometimes even taking other minions with them.

Slayers have learned the hard way that the Boreus is full of surprises. While it deals with minor threats as any Behemoth would – with hoof, horn, and tooth – it reacts to lethal attacks with innate defences as necessary. If the Boreus takes too much harm, it can encase itself in an impenetrable layer of aetheric ice. While Slayers can batter at this bizarre phenomenon, it is only by tackling the minions themselves that they can charge their weapons with enough power to bring the Boreus’ cold protection crashing down.

The smiths of Ramsgate have taken the rediscovery of this frost-feeding Behemoth as an opportunity to further explore their talents crafting frost gear. Armoursmith Moyra Heigsketter has discovered Boreus schematics first conceived by her great grandfather and can’t wait to put them to use. Weaponsmith Wils Bormen, on the other hand, is creating all-new designs made with Ostian strength and Ramsgate style.

As the Boreus descends upon the islands of the Ram formation, other mysteries abound in the streets of Ramsgate. Lush foliage is creeping into the city, along with strange Farslayers visiting from distant islands known as the Wildlands. Why are they here and what do they want? Perhaps Xelya, Ramsgate’s resident Farslayer, could say, if she wanted. And she usually doesn’t. 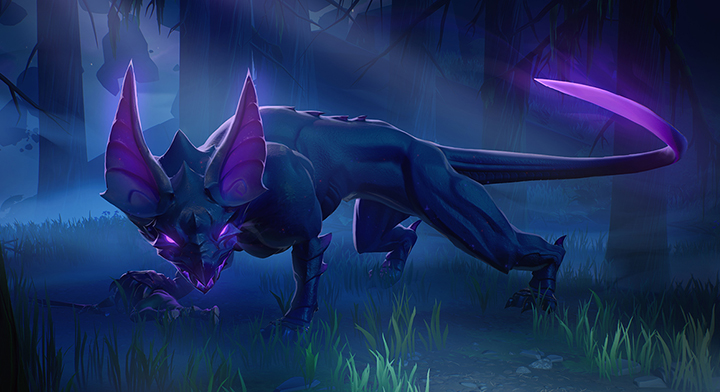 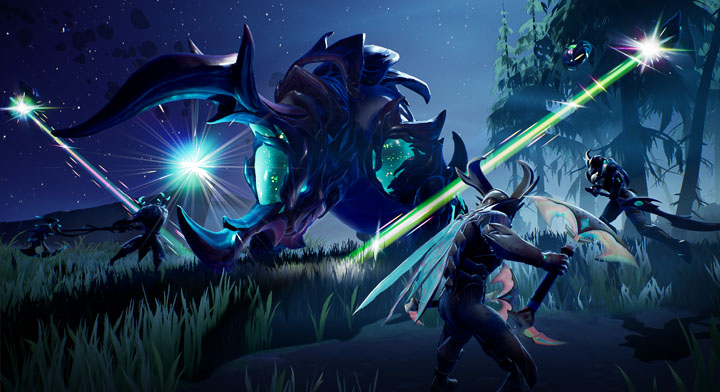