Bruce moved with equal parts grace and skill, letting his body operate on instinct. His blade landed where he willed it; clean, precise cuts made with the utmost skill. Rhythm and focus blocked out the rest of the world — when Kat put her hand on his shoulder.

“Didn’t mean to startle you, Bruce.”

“Just getting my prep done for the day,” laughed Bruce, wiping sweat from his brow, “Making sure that we’ve got the finest cuts ready when your Slayers come back from the hunt.”

“Keep up the good work,” Kat said, turning to leave, “We’re counting on you.”

“Well, nothing as important as what you’re doing on the frontier,” the chef answered, turning back to his work.

“You’re here because you’re the best at what you do,” she paused in the doorway. “Everyone works hard. Everyone gives me everything they’ve got. And that means you, too.”

The most memorable moments that we’ve had while gaming have happened with our friends. Whether it was conquering Icecrown Citadel, sending the Taken King packing, securing a white-knuckle chicken dinner, or praising the sun while invading Bell Tower, online multiplayer made these lasting memories possible.

When your adrenaline is pumping and you’re playing with lifelong friends, network integrity is the last thing on your mind. But it’s the hard work of engineers and designers that, for more than twenty years of gaming, has made playing with people around the world possible. You’d be hard pressed to name a famous backend engineer but their tireless, subtle efforts have changed gaming. As the philosopher Dr. Ken Keeler wrote, “When you do things right, people won’t be sure you’ve done anything at all.”

In an upcoming update, we will no longer require Slayers to specify a region when they log in. Instead, we will automatically put Slayers on the server which offers them the best performance. Players will then be able to play with any other player in any other region, without having to choose a region. As part of matchmaking, they will be grouped with players with whom they can expect the best connections. 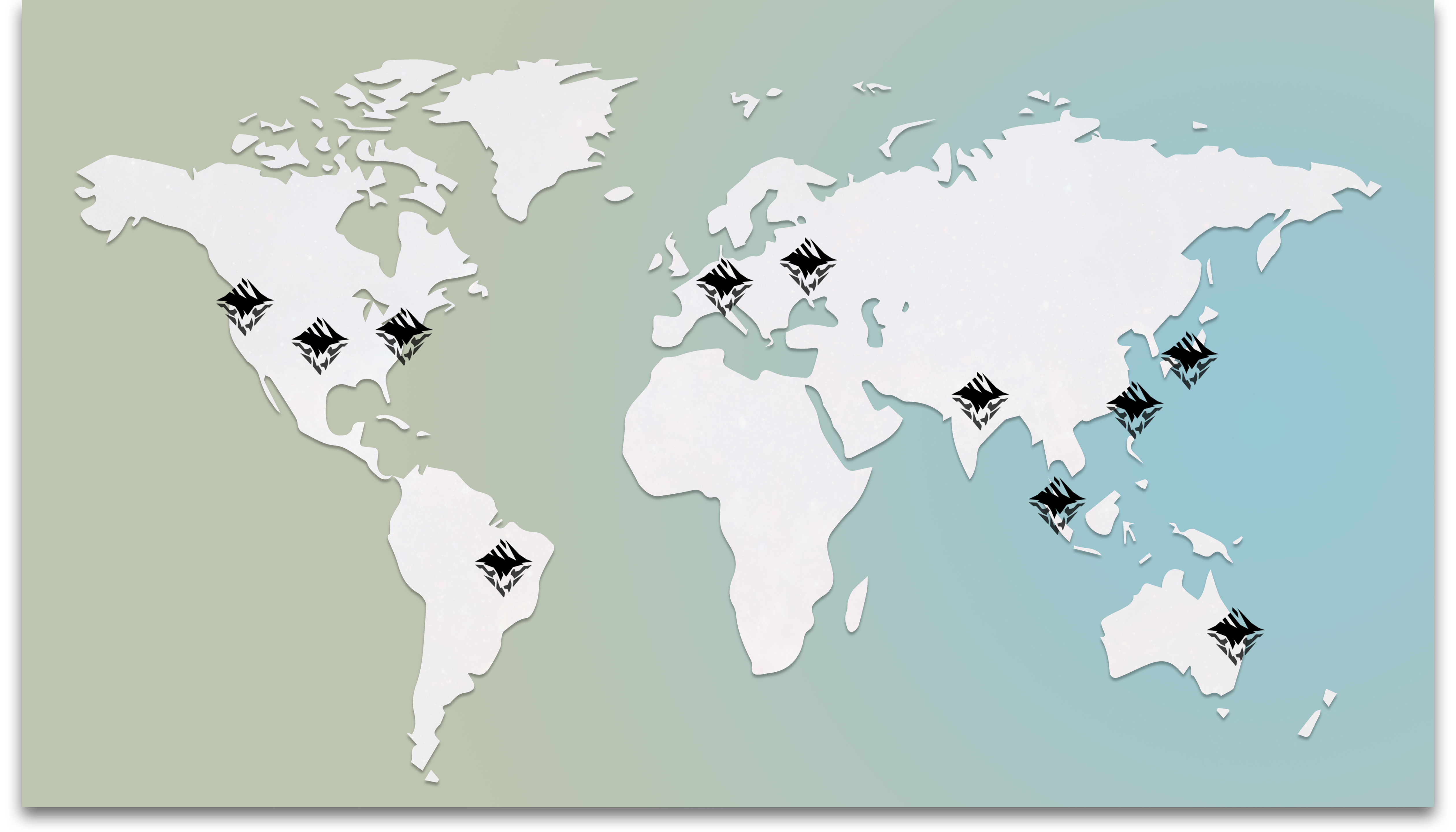 To facilitate truly worldwide play, we are adding additional dedicated servers around the world. Servers in Brazil, India, Singapore, Japan, and Taiwan are all being spun up to complement additional servers in the United States, Europe, and ɐᴉlɐɹʇsn∀. Updates to the friends list will make it even easier to turn new pancontinental acquaintances into lasting friendships as Slayers will be able to see which of their friends are online!

We’ve heard your feedback loud and clear and are continuing to improve gameplay performance both in the city and on islands. This means better framerates in the city, tighter hit detection, improvements to collision with Behemoths, and a more stable experience in general.

The feedback and Closed Beta experiences that players have shared with our team have been put to good use. As we take Dauntless closer to Open Beta, we are making systemic improvements to the underlying technology and code that makes the game tick.

We’re also refining more subtle systems like the traversal Slayers use to climb cliffs and explore the islands. This makes for a more seamless and immersive experience.

For months, a team of dedicated translators have been working to share Dauntless with the world. We’re thankful for their talent and passion, and are excited to announce that we will be revealing their work!

Slayers can now play the Dauntless Closed Beta in French, Italian, German, Spanish, and Brazilian Portuguese. You can opt into viewing Dauntless in these languages from the in-game menu. While we are confident in the translation, we’re still ironing out the systems that handle the text. So don’t be surprised if you see a few bugs – and if you do, please share them with us in the Dauntless Forums. This update includes text translations, and we are working to roll out localized voice over in the future as well! 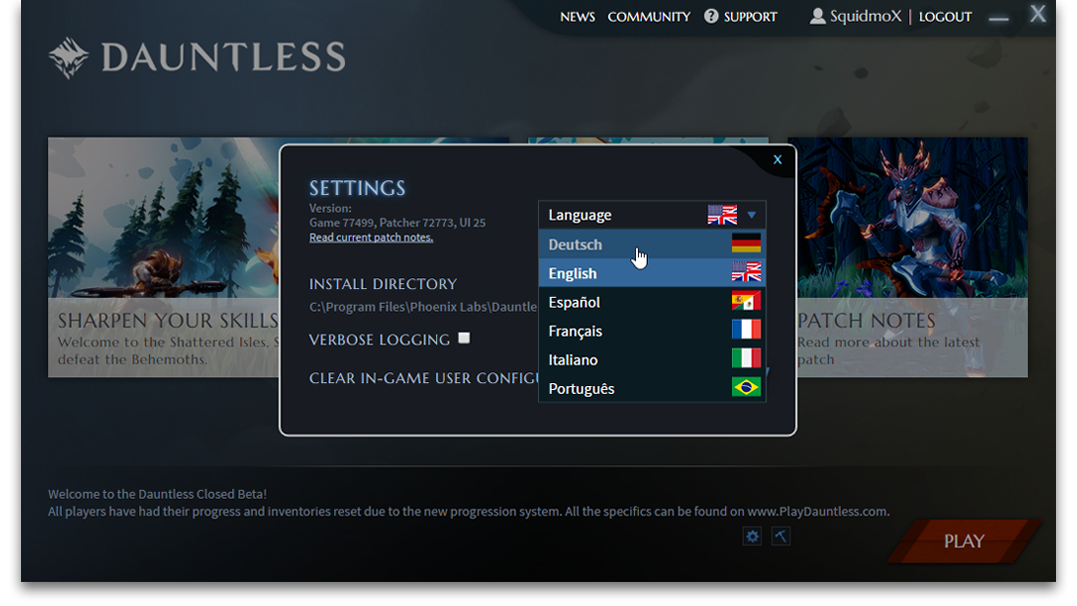 From all of us at Phoenix Labs, thank you for the feedback and contributions that have made these improvements possible. Keeping Dauntless running smoothly is an ongoing project and we are thankful for the dedication that you have shown in playing and exploring the Closed Beta.