“There’s no ‘sure’ with cutting edge, Slayer. But I’m feeling optimistic.” Moyra prodded the helm with a thickly-gloved finger. “It’s not like I don’t test these things, Aeric. The lining in this helm represents months of experimentation. Rigorous experimentation.” {: .indent}

“Do I want to know what you experimented on?” {: .indent}

Aeric lifted the helm off the workbench. A heat blister began to form on his thumb. He shifted his grip. {: .indent}

Aeric exhaled and pulled the helmet over his face. {: .indent}

“Great!” Moyra exclaimed, then added, “I wasn’t worried for even a second.” {: .indent}

This July we’re embracing the sweaty summer heat with two new exotics: the Skullforge and Molten Edict. Forged in fire and infused with blaze aether, these new pieces are designed to fit right in with your existing Firebrand Charrogg gear, completing one of our hottest looks yet.

The first of our two new Charrogg exotics is the Skullforge. With a heavy metal structure and dynamic flame effects, this piece will add flare to any Slayer’s setup. 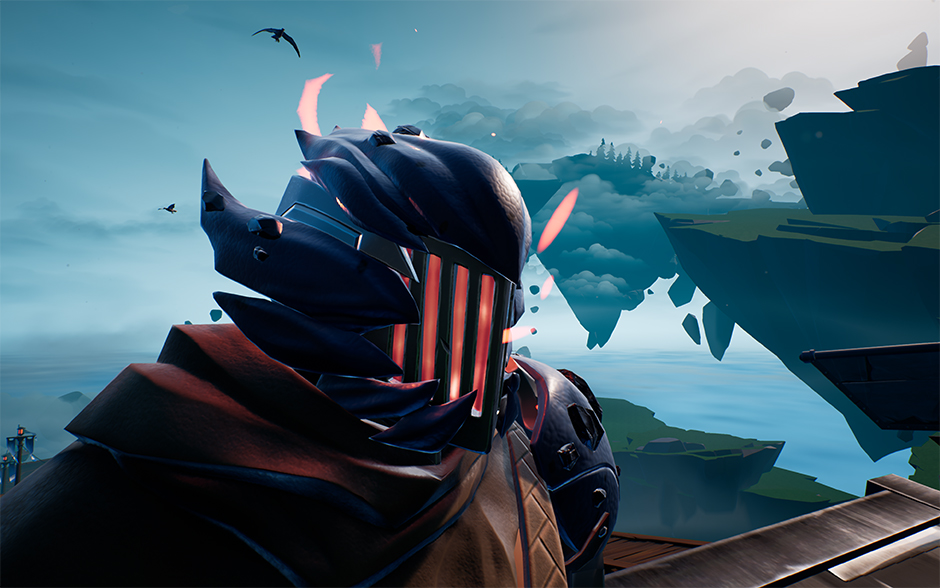 Battle is where this helm really shines, though. When you land your first hit, you’ll see flames start to flicker from the helm’s metal crown. Land a few heavy blows in a row, and you’ll light up hotter than an aether-fueled bonfire. 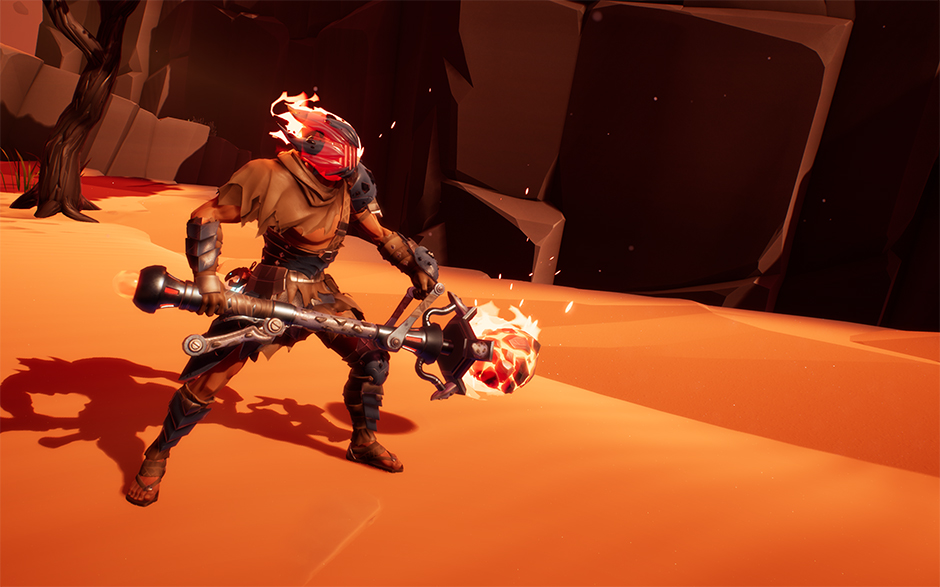 The Skullforge also confers a very hot bonus, converting a portion of damage dealt into a “stamina shield” – a bonus reserve of stamina that exists outside your normal pool. Burning through stamina will eat up this shield first, letting you push the attack past the limits of your base bar.

Once you’ve got your face encased in flame, you’re ready to pick up our other new exotic: Molten Edict. 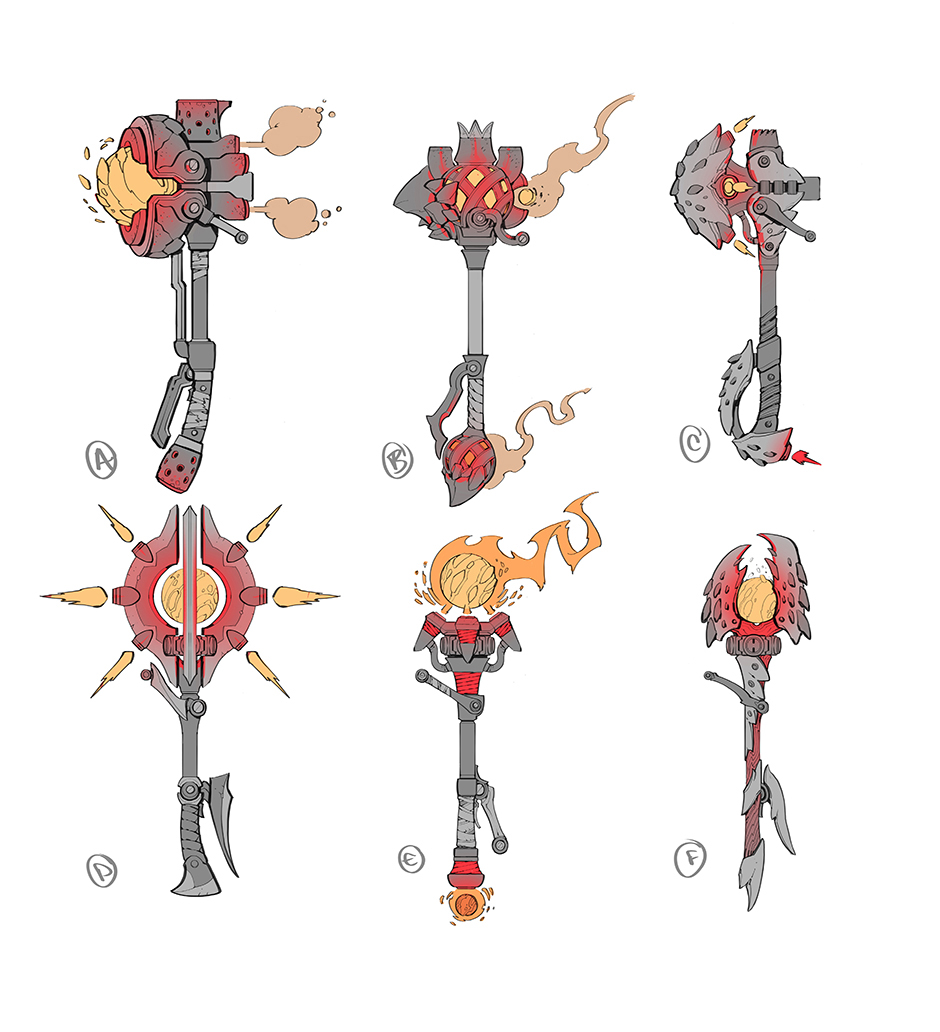 As with many of our weapons and Behemoths, Molten Edict went through several rounds of concepting. We toyed with steam vents, fire jets, Charrogg hide, and grip details before landing on the fire-focused look you see below: 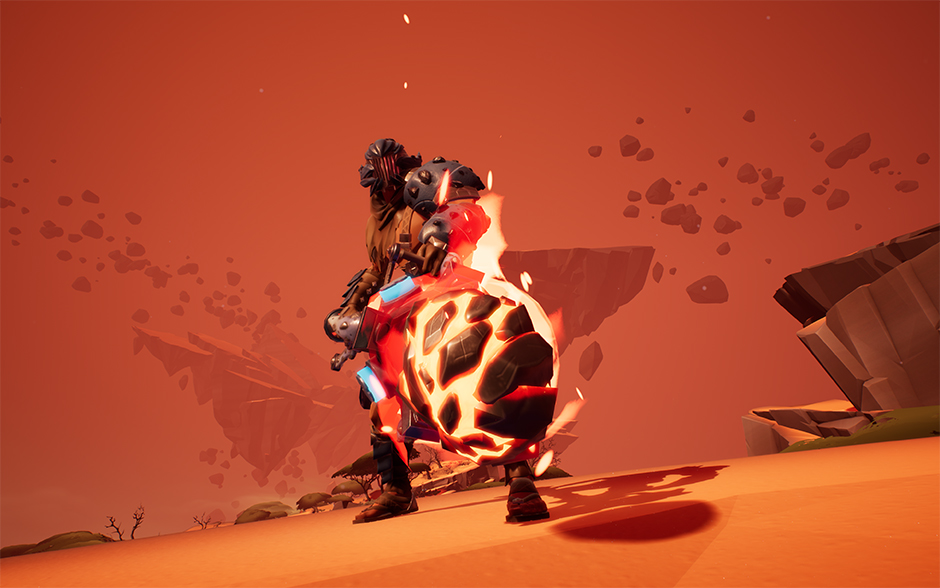 Then we gave it molten ammo.

THE FLOOR IS LAVA

Firing Molten Edict from a standing position will summon the first projectile type – a lobbed, long-range fireball that creates a lava pool where it lands. Any Behemoth unfortunate enough to stand in that pool will take continuous blaze aether damage.

Want to leave something special for the Behemoth you’re hunting? Execute an evasive blast or double jump to drop a Molten Edict-specific fire grenade. These bouncing, homing explosives will seek out any Behemoth in the vicinity, detonating on impact or after their time is up.

WHAT’S YOURS IS MINE

With Molten Edict, Charrogg’s massive rolling lava orb becomes your massive rolling lava orb. Summon it by executing a perfect quadblast: a full combo followed by a clean elemental blast. It feels especially good to fire this thing at a Charrogg – even if they are mostly fireproof. (Revenge, in this case, is best served piping hot.)

WHEN CAN I HAVE THEM?

The Skullforge and Molten Edict will be coming to Dauntless this August. Keep an eye on our Twitter for more info to come.