Legs pumping furiously, heart pounding like a kettledrum, and unbound braids trailing wildly behind her, Dr. Shaed Priyani ran for her life.

She wove here and there, doing her best to avoid jutting shards of fulgurite and loose ram bones before risking a good look back over her shoulder. Jowls full of sparks and lightning, the Behemoth—definitely a freakishly huge Drask of some sort—was preparing to belch a bone-splintering mouthful of shock aether in her direction. Muscles tensed as she felt the ever-growing charge of electricity behind her.

The doctor should have listened to Kat and stayed put. Now her curiosity was going to get her vaporized. A fitting end for a Behemoth expert, she thought, and Priyani wished again that she believed in an afterlife. A less scientific mind might have found comfort in the thought of seeing her wife again in the great beyond.

Rolling to a stop, Priyani gazed up at her saviour with relief. Kat couldn’t maintain her warrior’s glare, grinning lopsidedly as she offered a hand and helped the doctor to her feet.

Hair frizzed from the static in the air, Kat’s grin reverted to hard frustration. Priyani let out an exhausted laugh through heaving breaths. “Nice…” she coughed. “Nice hair, Slayer.” The grin returned for just a fleeting moment. “Just shut up and run?”

As the last word escaped her lips, a great barbed tail smashed into the Master Slayer, flinging her end over end across the ground. Priyani let out a gasp of relief when Kat turned the landing into a somersault and slid to her feet in a trail of dust.

The Drask was bigger than anything Priyani had ever seen. Blade-like ridges framed fins that glowed cobalt blue with aetheric energy. Its tremendous gullet shuddered violently as a roar escaped between its many fangs.

“That’s supposed to be extinct!” she called.

The Master Slayer’s blade sang as Kat took a few swings to limber up. Priyani knew it had been years since that steel had tasted Behemoth flesh on a regular basis. But she’d also known Kat Sorrel long enough to know she never, ever backed down from a fight when lives were on the line.

“Just, please, be safe,” she said, surprising herself with how much she meant it.

“I’ll keep it busy, doc. You head for the LZ—due south, about two clicks.” Looking back over her shoulder to the scientist, her eyes widened when she saw Priyani was still frozen in place. “Blast it, Shaed! MOVE!”

Her name cut through the fog of fear that engulfed her thoughts, and the doctor finally did as she was ordered, checking back frequently out of worry.

As Kat pulled the focus of the massive Drask, it swiped at her with muscular, clawed forelegs. The Slayer ducked easily, pushing her blade upwards and running it across the beast’s scaled skin. She bathed in the plume of aether that erupted from the wound; the grin returning to her lips once again.

As the Drask wailed, she pressed her advantage with a heavy slash across its gaping maw. Reeling from the strike, the Drask floundered and thrashed about, blinded by a toxic cocktail of rage and aether. Amidst the reptilian tantrum, Kat made her escape.

She caught up to the doctor in no time. Gently pushing the Behemoth expert behind an outcropping of twisted fulgurite, Kat raised her finger to her lips. The message was clear: quiet, doc.

“I think so, but there’s no way there’s just one of them. We need to alert the Slayers.”

“Agreed,” Kat said with a sigh of bemused exhaustion. Their ride home was descending to the nearby landing zone, ramp outstretched and ready to accept the running pair. Kat grasped Priyani’s hand and without another word they leapt aboard, collapsing in a tangled heap on the deck.

If the Master Slayer saw how hard the doctor had started to blush as they disentangled from each other, she didn’t mention it. But as they laid there side by side, gasping for air between bouts of involuntary laughter, Priyani did find herself feeling something like hope for the first time in a very long while.

“I think I might be getting too old for these expeditions of yours,” Kat said with a genuine smile. 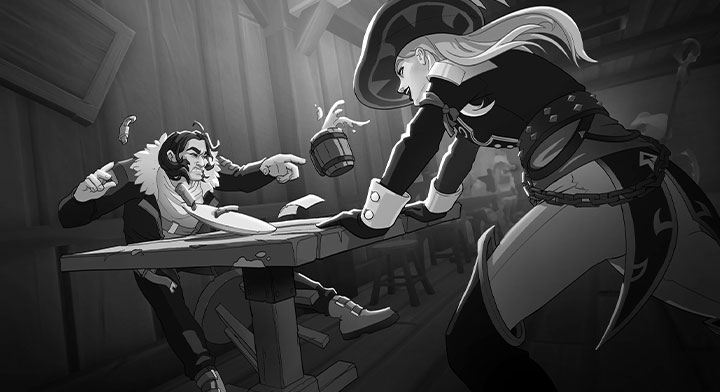 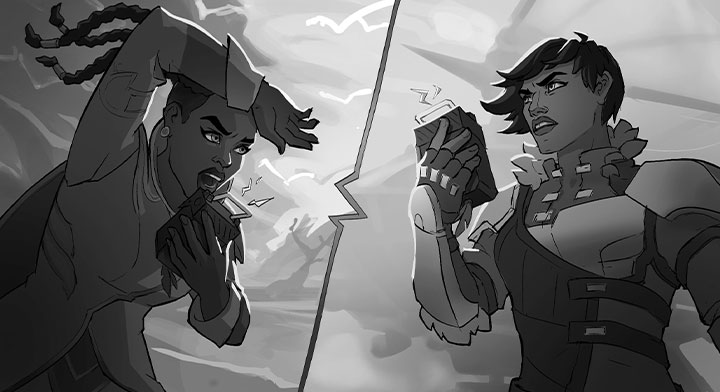 Sound of Thunder Part 2: In the Field