A true Slayer knows the strength of cells. Since their inception, they’ve been used to create and support players’ play style and effectiveness. Players used cells to maximize Slaying skills while getting the most damage per second they could. But as time went on, the cell system ran into a wall. There were predominant meta builds that stole the show. Iceborne and Discipline were the de facto choices for most skilled players. We wanted to address this and add more variety to our gameplay.

Omnicells weren’t the first solution we came up with. At first, there were talks of completely overhauling the cell system with what we called Cells 2.0. The goal was to comb through every cell and rebalance each one in order to increase diversity. However, as we started this incremental process, we realized it wasn’t going to provide the solution we were looking for. Balancing existing cells is still something we will tackle over time, but it wasn’t addressing the core problem we wanted to fix.

In the beginning, there were five cell categories, and all of them added passive bonuses. Since these were numerical bonuses, players were quick to figure out which numbers were the optimal ones. No amount of tuning could stop the best ones from always being used together. We realized we had to further develop our cell system and explore new options that went beyond passive boosts.

We started talking about subclasses. What if we introduced a powerful new cell slot that defined a player’s build and how they approached combat? This concept eventually coalesced into omnicells — unique cells that would offer players a strong mechanic that they could build their other cells around. This fresh approach was less about the granular balancing of existing cells, and more about discovering new player fantasies and bringing them to life. Each omnicell started with a strong fantasy statement that guided its development.

These statements eventually developed into the initial set of omnicells, and for us this is only the beginning. We want to add omnicells regularly with the goal of creating an extensive selection of viable play styles that meaningfully change the way players approach combat.

Since the launch of omnicells, we’ve learned a few things. Right now, Iceborne is the most commonly equipped omnicell. Discipline and Bastion are tied for second. We want to balance these to ensure a more even split across the board. Don’t just expect new omnicells, but tuning on existing ones as we move forward.

Our next omnicell is Tempest.

Players who equip Tempest will get a lightning-fast dash, enabling rapid repositioning on the battlefield. We want these players to be moving around their opponent constantly, honing in on weak points before readjusting. Tempest will release in patch 1.7.3, but we’re planning further than that with our next cell, codenamed Darkness.

The Darkness omnicell aims to explore the theme of being corrupted by umbral aether. The idea is to allow players to become empowered, but at a steep cost. We are currently experimenting with the functions of this mechanic and we can’t wait to share more. We will keep the Dauntless community updated as we approach the Dark Harvest in the fall.

And beyond Darkness? We want to add at least one omnicell per season. The goal is to keep adding viable options until we have a rich pool of omnicells to choose from. Once we reach a point where players feel that they have enough options, we will stop creating new ones. We don’t know what that final number is, but what we do know is that we want all players to be able to find a playstyle for them. We’re exploring options for omnicells that increase grenade viability, grant buffs to fellow Slayers, and more. We’ve heard players’ desire for a support role in Dauntless, and we’re currently exploring what that would look like. 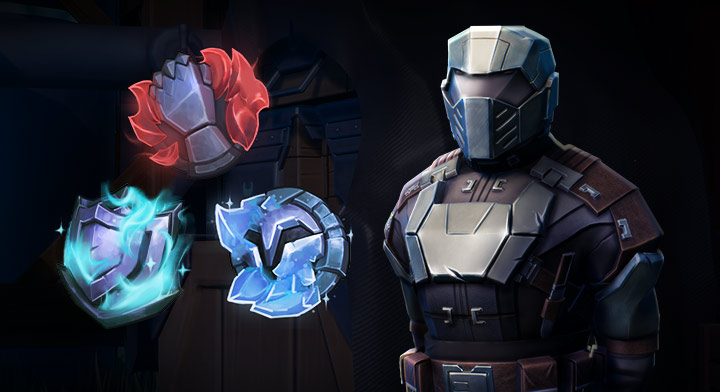 Expand Your Combat Arsenal With Omnicells